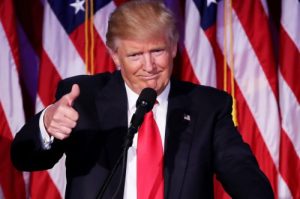 As I’ve previously stated, Donald Trump won the election. I may be the only psychic who called this and I’ve hinted at the reasons for why this happened in previous posts. Now I’m going to lay out everything I know and what can be done to rectify what has been unleashed so that the damage is contained in the near future. Much of what I’m about to write will come across as slightly insane, but it is the truth. There are other forces at work that made this happen. Understanding them is the key to how we get ourselves out of this mess. 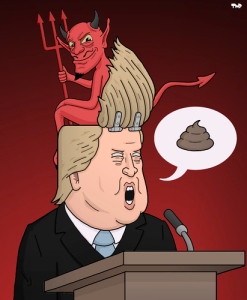 One of the most decisive moments in this race was Donald Trump’s deal with the devil. In early June of last year, the devil paid an astral visit to Trump in his headquarters in New York. Donald had wanted to be president for years prior to this, considering serious presidential runs on at least three occasions, 1988, 2000 and 2012. Each time Donald thought about taking the plunge, he backed out at the last minute. This time, the devil paid him a visit that he had never received before. The deal was simple. Donald was to serve his will in exchange for handing him the keys to the White House. Donald wasn’t initially convinced that it was going to happen, but when he made the deal and began to see the waters of the political world part all around him, Donald began to realize his pact was cemented in blood. 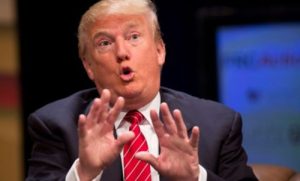 No matter how many times Donald thought about potentially breaking off the deal and did things to try to tank his candidacy, the results kept coming in his favor from the primaries beginning to end. He then made more brazen attempts in the general election to tank himself, but the devil worked hell over high water to see to it that any scandals were minimized and Hillary was ruthlessly attacked. No matter how much support the powers that be had for her, the devil’s will trumps all and it was shown to be the case by this election result. What the elite forget is that the devil they serve has the final decision making over all matters of theirs on Earth. The devil got what he wanted and we’re about to pay a price for it as a result.

There is, however a real chance that Trump may not even make it to the White House. The Devil has panicked over Trump’s constant attempts to sabotage his own candidacy and is having second thoughts about giving him such vast control over an empire like the United States. I’m convinced, based on a dream I had two nights ago, that Trump is going to be done away with because he’s beginning to break from the devil’s plan on some very key areas. Those include inciting violence in Israel, tanking the world’s economic markets and setting up death camps for marginalized communities. The fervors leading to these actions have begun to emerge, but Donald is having cold feet and developing a bit of a moral conscious at the last second. 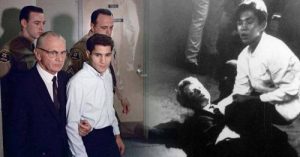 As a result of his unwillingness to go along with the whole agenda, the vision I had saw Trump assassinated by a man of Muslim heritage on the 30th of November. Two shots miss him, but one fatal one lands a blow to the head. I also see Mike Pence carted off which means electoral chaos and a problem as we enter the electoral college election. I may be wrong in this assessment, but I’ve been right before and I’m getting these visions pretty strongly now. While it remains to be seen whether he serves or not at all, the truth is we’re going to enter our nation’s darkest hour in the very near future.

The other prevailing factor that came into play this election comes from my nickname of Nuclear Hillary. As much as many believe we are the only life forms in the universe, the truth is that we are not alone and that aliens have been among us for quite some time. They refuse to show themselves because of all of the hate that humanity has for others not like themselves still poses a problem for their assured safety. A revelation now would be a death warrant that they are not going to take, no matter how much they’d like to tell the truth. When humanity enlightens more and sheds itself of the divisiveness of hate, they will show the truth and we will know more than we do today. Until then, things will be in the dark for much of what is out there in the universe. 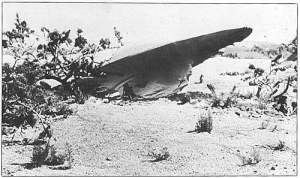 I will tell you, though, that aliens (not Mexicans) had a large role to play in taking this election away from Hillary Clinton. After the nuclear bombs unleashed during World War 2 in Hiroshima and Nagasaki Japan, aliens came to Earth between the years 1949 and 1952 to make it very clear to the powers that be that humanity could not use nuclear weapons in military conflict ever again. What was discovered was that energy from the bombs rippled throughout the universe and inadvertently effected the sustainability of other life forms on other planets.

The aliens promised to stop anyone in power who threatened this anti nuclear weapon pact. Many leaders have been taken down because of their likelihood of usage of nuclear weapons and many events that could have seen nuclear weapon usage was deescalated by alien force. It’s why Kim Jong Un is likely to be assassinated in the near future and why the bay of pigs invasion didn’t end with nuclear weapons fired. Hillary Clinton became the latest casualty of the aliens because she would not comply with this no nukes rule and they rigged it against her as a result. She won the popular vote, but faulty election counting assured that she could not win where it mattered most; the electoral college. They are sad for what humanity will have to endure as a result of Trump’s win, but the aliens have to weigh the interests of those outside of our planet and with other life forms on this planet with people living here in civilization. In that scenario of lesser of two evils, Trump takes the win, no matter what detriment may come about.

I do need to stress something important to those who are stressing about supposed differences between Hillary and Trump. When it all comes down to the wire, they are all just the same. They all run in the same social circles and support their own self interests above all else. No matter who won the presidency, the working classes (meaning the vast majority of the readers here) would not have an actual voice in the White House. The problem with US society isn’t one candidate or political party but a structural deficiency that needs to be upended by violent force if necessary. This election, in some ways, is a blessing in disguise to making people realize who really runs the world and what it really takes for us to truly be free. Revolution is the only way to make the world a better place. Many of you will have to be willing to risk your lives to see this dream come about. Your forefathers have fought for this before and the task is upon you to engage with the same sort of fight in the present. The question really comes down to whether you are willing to fight for that freedom. That’s the question you all must ponder to yourselves. When you come to the correct conclusion, a governmental overthrow follows and freedom reigns supreme throughout much of the world.

Finally, I would like to hasten you to not despair. Things will get better soon. Once you all finally get ready to put up the fight that you’ve needed to years ago, the world will begin to come to a place (temporarily anyway) of peace. It’s not too late to see this vision come about, but you should take some decisive action in the next few days. Humanity counts on it.