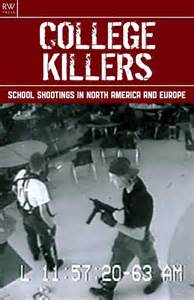 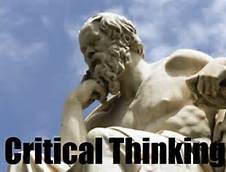 This one has been hard to post.  I have the utmost respect for our solders and those who put their lives on the line for our country and its citizens freedoms.  So much has been sacrificed and truth has been buried.  There are so many hero’s and yet we all know of those who pretend.  They like to say how they have done this and that but never really worked for the credit that their brothers and sisters earned and eschewed.  These are the ones who are like cornered rats when the time comes to deliver.  School is a lot like life.  You have syllabus and dates and you have to deliver.  In college they teach a lot of team building and I think this is by design.  You have the team leader and the rest of the team.  Sometimes you get a great team leader. An alpha with good communication skills and is a people person.  You know they are going to go far.  These projects propel you.  Then you sometimes have the team leader that wants the title.  They can be kind of dangerous if the are good at manipulating.  At the end of the semester, you have the final project and a higher stress level to deliver the research and get it written as a cohesive report.  This is what I see…a school shooting at a college by someone formerly in the military but never really achieved much in the military and in  life.  Just anger and revenge at perceived slights…he is so disconnected.

I am giving this a go for the first time.

I have sensed for a while that Ebola is and will be mutating to more “viable” strains.  I do feel like there is an aerosolized mutation started already in one strain.  I get a sense that it is under reported to avoid a mass hysteria.  They are working hard to get this contained.  I do not see containment for a very, very long time.  It will spread – it will hit our shores, however, it will be quickly contained.  Not so much where it started, will wipe out and I want to say massive poverty stricken populations.  I hope I am wrong and will say a prayer for the unfortunate ones.

I tried to post this a couple days ago and still not sure if I am getting right.

In a vision today I saw a vision of an attack by Isis.it was so simple it shook me up all evening.I am like all of you ,thinking an attack will be something like Sept. 11 th was .the vision shown me that, we’re dealing with a different more vicious group.I see multiple attacks on our unprotected worship places at a unexpected time. it makes sense.they were quoted as saying.they will attack our children,women,and old citizens .this is the perfect way to do it.those of you that are familiar with my predictions accuracy.please tell others and warn them.please share this while there is time. 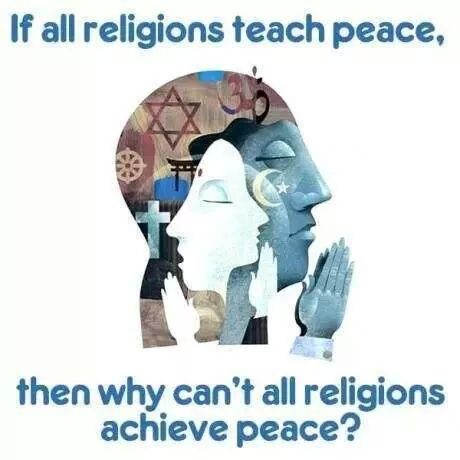 I see a series of fires set with mal intent.  They seem to be synchronized when they are set but are made to look natural.   The fire starts very small in low populated areas but appear to be in industrial locations along the coast or near a waters edge.  There are chemicals involved.   When the authorities discover it’s intent and how bad they are,they begin evacuations.  The freeways are chocked with cars.  People move out of cars and begin walking and running. A lot of screaming.  I see many people trying to navigate through a canyon that little vegetation. The earth looks like a light brown or tanish color.  The sky seems to indicate a time later in the day.   The fires move east and many people are hurt.   Many people get trapped.  This vision feels very sinister to me.  I wish to be very wrong about this.  It was a very strong vision and I would  be remiss if I this could help someone and I did not report it.  I had a real bad head ache and felt dizzy and sick after this one.  It is unusual for me to have physical response like that to a vision.

I posted this prediction ages ago that I was seeing what I thought was late 1960’s style peace music and art.  I am seeing it unfolding now and I believe as the world progresses into war this political movement through the arts and even fashion will unfold. I see it now more of a punk rebel country genre that is new and overlaps into other genres.  I thought maybe it was time for a lighter and fun prediction.  Enjoy the song, I have been stuck on it today.  🙂

Note: This prediction was updated on August 29th with additional information. Please see below for more detail. 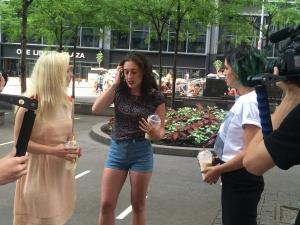 So as you have all probably noticed (or not noticed) by now, the prison breakout at Riker’s Island Penitentiary did not go off as planned. August 21st to the 25th came and went without incident….or so it seemed. However, this cannot be written off as a “failed” prediction by any means. Instead, it was one that was either narrowly avoided or held off indefinitely for a more opportune time in the future. Here’s why I say this is the case: 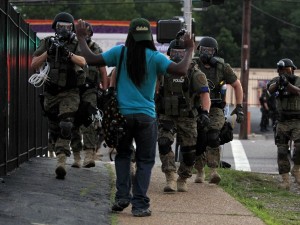 During this volatile month of August, much has been made of the rioting in Ferguson, Missouri over the death of unarmed teenager Michael Brown. The anger from there could have easily spilled into the streets of New York City (and did to a much more peaceful degree in Staten Island a week ago). The city government has apparently been wise to the likelihood of this prediction occurring, apparently, because a couple of changes have been made behind the scenes that led to this averted disaster that I predicted to occur for this month.

For starters, we have the recent commission set up for administrative changes at Riker’s Island in response to the new found celebrity of Occupy Wall Street stand by Cecily McMillan exposing great wrongdoing in their midst. Tensions have been high and much has been done to reduce anger that could have swelled into the riot that would lead to this dangerous breakout in their midst. With inmates dying without proper medical care and allegations of sexual abuse, forced resignations and probings into further misconduct have come as a result of her bravery in speaking out against corruption. Her reduced prison sentence helped to assure anger would not swell up to violent proportions and that changes would be made amongst the employees at the prison facility. If her sentence had been pushed to its maximum time of seven years and nothing would have changed in their midst, things would be much worse in New York City as we speak.

Then we have the stunning revelations about the inner workings of corrupt New York City and Albany politicians. With Working Families splinter off Zephyr Teachout making national headlines and the Green Party’s Howie Hawkins just waiting in the wings for when Zephyr likely loses her primary challenge on September 9th, this was not an opportune time to enflame tensions of the masses by the powers that be. This would only lead to a stock market crash not of their creation and the inevitable breakdown of society that follows in the lead up to rightful civil war. The elite are not ready to declare their new world order agenda publicly just yet, so forcing their hand was the most devastating blow to their plans they have ever had to experience on a normally smooth ride to absolute control of the world. That’s what has led to the public scenes of “reform” staged to tide the swelling anger of public opinion. It won’t be a successful effort (since such moves are for show only), but the hope is that it will calm down rightful anger of over taxed, over burdened and over worked citizens of the United States who are reaching their final breaking point to collapse peaceful engagement. The problem for them, though, is that they can’t keep up this bubbled ponzi scheme forever. It will self destruct, against their will, soon enough.

It is also important to mention that the city is not out of the woods just yet. For the prison breakout that I have foreseen at Riker’s Island, we have only seen this issue averted to another time rather than dealt with all together. Cecily is due back in court for another trial involving the interference of police duties. If the judge overseeing this case decides to throw the book at her once more, that could be enough to set off a riot at Riker’s that causes pandemonium to occur throughout the entire city (and potentially the state as well). This is especially dangerous in October as it would be in conjunction with a stock market collapse that leads to more poverty and despair for the entirety of the country. Though this horror has been averted (for now anyway), the threat of trying to make an example out of peace activists, in addition the instability amongst New Yorkers, means that this horrifying prediction could still happen in October; likely on the 23rd or 25th and on a much larger scale. Keep an eye out for it at that time; especially after Zephyr loses to Cuomo and Cecily receives her a more severe sentence for challenging the powers that be in a more aggressive way than before. We’re not out of the woods for this prediction just yet, so still keep an eye out for this to occur in the fall at an even more dangerous time than before.

ETA (8/29/14): I wanted give credit to one of our commenters, Luna tic, for bringing me to the attention of a jail break in Ukraine after a rocket hit the prison facility in Donetsk. This could be a partially fulfilled prediction, but I am still of the belief that will happen occur in October or November instead in a conjunction with a stock market crash. In any event, this still remains to be seen.

Not sure if this was a premonition, vision, or just my imagination, but it looked very plausible.

I saw either a grey alien or a pleidian underneath a car(a random one or a police car).Actually, I’m not sure was it was, but I know it was humanoid and could talk some english.It had a grey,silver, or white body suit on.It was laying on it’s side underneath the left side of the car. Maybe it was hiding from them.

It looked like it had a seizure of some sort, or maybe it had a brain injury.It kept repeating some phrase over and over, I forgot what it was.Perhaps it knew limited english? There will be a witness there who might know about it, or maybe that was just me viewing through a witness or bystander’s perspective.

I keep calling it “it” because I’m not sure of the gender and because I know that other advanced humanoid species have always been here.They live with us on earth.I put extraterrestrials in quote, since it will be identified as an extraterrestrial being, even though it might actually live here on earth.

I see more women filling in more positions/jobs that common masses would consider “masculine” or manly. I entered that “state” and saw women working at a construction site. I think it denotes women rising up to the plate.Which would help with gender equality.

I had a vision about a reporter saying that eating too much carbohydrates is responsible for most bodily issues you have or will have in the future.Couldn’t understand the details.

I love carbohydrates, unfortunately.pasta, dumpling, sandwiches, french toast, veggie burgers..etc.Cutting down on the bread is not going to be simple. In fact, I kinda indulged today.