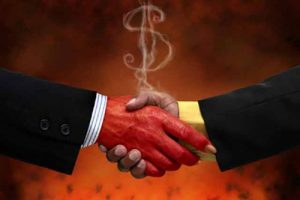 This may be a blog post that ruffles a lot of feathers, but it still needs to be said. In the wake of yet another mass shooting on US soil, the moment is leading to more calls for gun control. It’s not as if it hasn’t taken place. States already have it on the books on the heels of mass anger from previous shootings at Columbine and Sandy Hook. What is causing the current tension is that red states resist the calls. This gets to an underlying fissure in American society and it’s why politicians are reluctant to rock the apple cart.

Gun control is not a fool proof form of eliminating violence. It is largely racially enforced and doesn’t target the people who are the most likely to commit mass shootings (white people). It makes revolution impossible to achieve. It fails to address the mental health crisis in this country. Also important to note in this particular shooting is the FBI’s failure to stop the shooter (possibly purposefully). Most importantly, it gets to the heart of our system of inequality where the rich protect themselves with bodyguards and the police while the poor are left largely defenseless in this society. Until we address these underlying tensions and those that will attain weapons illegally, this is nothing more than an attempt to disempower the masses by the powers that be.

The reason the powers that be keep pushing gun control is obvious. The reason they have failed despite billions in spending is less obvious. The NRA alone isn’t responsible for why the United States doesn’t have sensible gun control. The voting block of the GOP, poor white southerners, has more to do with it than the money spent in elections. These are people with no prospects and no hope for bettering themselves due to a combination of fiscal austerity, racially charged propagandizing and a lack of access to others forms of advancement. As a result, they cling to their guns the way they do to religion (even if one serves to keep them disempowered the way gun control is supposed to for the masses). Take one piece of their pride away and you risk starting an uprising that won’t be so easily put down. It won’t be one that promotes freedom, but rather furthers entrenches a police state that needs to be destroyed.

If the feds continue to drive towards policy of gun confiscation, civil war follows by resistant gun owners. This could lead to the deaths of 36 million people and the further offing of any real justice for the American people. The question in such a scenario is would it be worth it? As sad as it is to say, the answer is it would not. This rebellion would be put down and mass shootings might stop, but at the cost of more lives lost than all previous mass shootings combined. It would also see the further erosion of civil liberties and a more vicious solidification of the police state that needs to be dismantled, not empowered further. If we are truly serious about attaining our freedom, then we must be careful about what path that takes. Going backwards will just further set us away from progress, rather than brining us to a more egalitarian future.

People should be careful about following the road the elite want us to go down. It will end in more tears than anyone can imagine. I am sympathetic to the victims of the Parkland shooting and those before it, but to do what they want would destroy the country in a way that will further enslave us and not free us. What is rebuilt in the ashes is a more authoritarian society than ever before and we’ll only see more suffering in its wake. I hope this anger is channelled towards the powers that be instead. That would bring a true sense of justice for the victims and everyone else in the country. 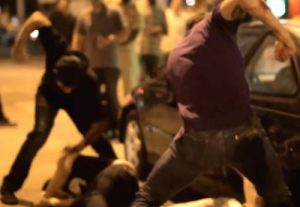 Despite my optimism from last year, not much has changed on the issue of the police state of the US and its corresponding brutality much noticed between 2014 and 2016. In fact, things are actually getting worse by most measurable standards. Abuses by the police are more egregious than ever with little stopping it in the form of criminal prosecution or legislative reform. Much more was exposed, some of it by the late Erica Garner, but it didn’t create a tidal wave of change that is very dearly needed. That will manifest itself, but not in a way that anyone would truly want.

As non violent forms of resistance have failed, violence is coming in the form of street justice. As warned in the 2018 predictions post, when the state refuses to punish those who murder civilians unjustly, the people will in a way that will shock and appall the state. Groups of vigilantes will murder police officers who have gotten away with murder of unarmed black men in the past. Such moves will be condemned by the state who will work to crack down on it in a brutal fashion. In the process, they will expose themselves as unwilling to change the police state in any meaningful way. Despite the repression, the net effect will be that these murders will intimidate police officers in future confrontations. There will be a dramatic drop off in the number of deaths at the hands of police (though that isn’t the current trend now). This is especially true in New York City which will serve as the epicenter of these actions.

It’s unfortunate that it has come to to this, but our elected officials have left no other choice. When justice doesn’t come from the courts, it will come viciously from the streets.

Sorry if I have been a bit absent. The big 2018 predictions post drained me and I have also been dealing with some family issues as well. I have a prediction to share now and hopefully more will come by the end of the month.

1) It won’t just be Bermuda that suffers if the British government assents to their repeal of marriage equality. The move will significantly hurt Brexit plans as the EU uses the scandal to weaken the UK’s position in their attempts to leave the EU. It’s possible that assent could be withheld, but the Tory government seems unlikely to do it. What would normally be a smoother exit will end up being more calamitous as a result instead.

2) I had this dream in two stages. The first took place in a church where I was having an eery feeling that it was going to be blown up at some point. The second dream took place during a church service where multiple bomb was set off killing a lot of people, including the one conducting the sermon. This leads me to believe that a church, most likely a black church, will be targeted by terror, most likely by white supremacists, in the near future. Watch out for this.

3) I had a dream which further confirmed a prediction from the 2018 post that the Democrats will do poorly in the mid terms. It was a dream where Nancy Pelosi’s next in line, Joe Crowley, had a farm that was outdated and in need of repair. He, and the party leaders who supported him, refused to fix the farm and it went into collapse as a result. This is likely a metaphor for the pork and grit of the Democratic party which he and Pelosi refuses to crack down on. As a result, the party will see losses in the midterm that will force changes at the farm in time for the 2020 election.

4) Emma Gonzalez, the girl who spoke passionately against the Trump regime, is in for a world of hurt. The right wing reactionaries will go after her; digging up personal improprieties and stalking her until she faces a psychological collapse. She could even be in danger of ending up dead like her classmates. I will write more about the gun control debate in a bigger blog post, but these are dangerous waters to tread and anyone who does so should be aware that the end may not be as pretty as it appears.