I was raised a Catholic.I went to a Catholic school.I learned from an early age that Catholicism was a hypocritical religion.they teach you that anything does not make sense call it fate.I live by a different code.and that is truth does not contradict truth.how does a God who loves us so much want to punish and kill us?.it makes no sense at all those of you have childrenknow this not to be fact…would you drowned one of your children in the bathtub because they spilled milk on the counter? ..
car creator would not do the same to us he gave us free will she gave us free will to learn there are so many things that are misinterpreted.when God said let us make man kann in our own image.he meant the spiritual image not the physical…Jesus tried to show  us that…he was showing us plan our spiritual phone we can heal we can create..he told us.we were given a brain that separates us from the animals we can do anything we want..move a mountain Jesus showed us magic powers the elite of the plan and did not approve.so they killed him.And erased his teachings and, killed his apostles.that knew his secrets..so that the elite could dominate the.masses….that’s why Saint Peter requested to be crucified upside down on the cross.to symbolize.how twisted Jesus teachings.had become. .I am a teacher and practitioner of magic.and I am Telling all of you now..
we are the children of God.and we have the power of God….don’t look at the news.don’t following your religion that has failed .follow up in a voice inside you that is your soul and your spirit ..fear no evil..it is a trick to separate you from your Creator …rise up now enjoying God’s army .every seed of love  you plant will grow….
fear not ,.

evil will have its hour.. but,righteousness will own the day

I have a bad feeling along with my nightmares,that this coming year will be a lot worse then last..I feel it will start New Years Eve in Times Square in Times Square….this is a time of spiritual awakenings.I also know that I’m not the only one who feels this….those of you who feel the same thing it’s time to speak out…..I see more serious
cyber attacks on our power and, transportation grids… I see drones fitted with nuclear devices, undetectable by radar possibly targeting Israel by Iran….I see the worst winter storms ever seen,hit most of the U.S…..plus,a wicked cold and flu season.I feel Russia is going to strike fear as a last ditch effort before their economy crashes…things will get better….but not until they get.a lot worse first….what do you see ?

I don’t.see.the.Ebola.virus.being controlled or contained.it’s impossible.I saw one.the.news today that blood samples of the virus were stolen from a Clinic in Africa. now it’s just a matter of  time that the.virus will show. Up everywhere.just in time for flu season.it will be impossible to detect along side.the flu cases.get ready to see  quarantines and martial law in a city near you..

Satan is working overtime these days.plus,we are in the Holiday season were a series of horrible things always seem to happen.I see tempers are flared up..and with the help of Rev, Al Sharpton whom never seems to help no one but himself.Will be part of a historical race riots that will spread rapidly…but I also see a  Obama diversion tactics in the form of a false flag terrorist attack in the U.S.that will defuse the.riots,and possibly impose martial law.

When I fist brought the.Ebola outbreak in west.Africa to my dearest friend Fefe loves attention.it wasn’t a mainstream. Media story…I expressed my deepest concerns that this was going to be.the.beginning of.a horrific event.in history….viruses come and go…but, were did this one come from. ? .the very first clue came from the natives..they said they were being experimented on .there when they became aware of what was going on,they broke out of the compound.then the virus spread rapidly throughout the villages.this story was quickly.dismissed as.hysteria….I saw cover up .my intuition told me.this was an experimental bio weapon .airborne is the wrong word…this is new and WORSE..I see it to be something that.is anti protection suit.it lives outside the host for long periods,and is super absorbent by the skin.with an anti virus antidote.it is the perfect weapon.when it spreads outside a controlled environment.it mutates into a indestructible nightmare.I believe this is why…

Biological weapons (BWs) deliver toxins and microorganisms, such as viruses and bacteria, so as to deliberately inflict disease among people, animals, and agriculture. Biological attacks can result in destruction of crops, temporarily discomforting a small community, killing large numbers of people, or other outcomes.

The way that a biological weapon is used depends on several factors. These include: the agent itself; its preparation; its durability in the environment; and route of infection. Some agents can be disbursed as an aerosol, which can be inhaled or can infect a susceptible spot on the skin, like a cut or wound. Attackers can also contaminate food or water with some agents.
Letter dated 9-11-01. ‘You can not stop us. We have this Anthrax. You die now. Are you afraid? Death to America. Death to Israel. Allah is great.’
Anthrax letter addressed to former Senator Tom Daschle in 2001. (Source: FBI) 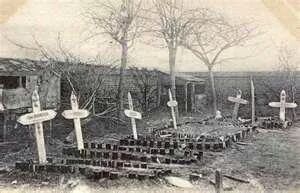 I warned about Ebola virus.before when it wasn’t.even a big news story.I said it was airborne.when everyone swore up and down it wasn’t.not only.is it airborne,I see it mutating in a more deadly form.I predict an American death toll to be 350.000 before the spring.I have a friend that is a long time nurse.she even told me that we are being mislead.so brace yourself for some scary.uncertain times ahead.