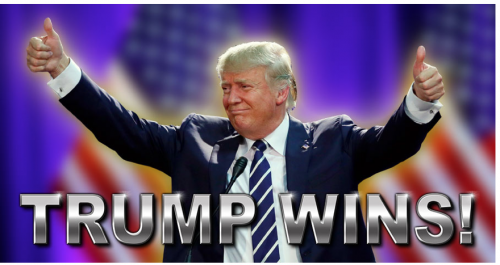 A lot of people were surprised when I changed my prediction in last month’s blog post to say that Trump would win reelection this November. I had been meaning to do this for a little while, but never got around to it. I still had the feeling that we would see some last minute interventions up until the conventions that would alter the trajectory of the race and the election. Since these events did not come to pass, howeverm I’m going to post this blog post to lay out how I foresee the rest of the election season turning out. Although many will be distressed to read this, there is a light at the end of the tunnel.

Let me get this out of the way right off the bat. I admit that I had said earlier this year that I believed we’d have a female president who would win after the presidential nominee, at the time Bernie Sanders, died before the election. That was contingent upon him getting the nomination. Though I believe his female Vice Presidential candidate would have won (likely to be Nina Turner, who may still be a factor in the future) if the election was held fairly, that was not the case. The plain fact remains that Bernie was cheated out of the nomination by Joe Biden, which I had warned about happening since January. Not only were there election irregularities in terms of exit polls vs final results, there was a consolidation in the field, pushed by Obama, to deny Bernie the nomination in South Carolina when it looked he he’d have it in the bag from the previous states. Biden was coronated by the power players in the party, so it changed the trajectory of the race. This is something similar to what Jeremy Corbyn experienced in the UK, being cheated out of winning the Prime Ministership by foreign interference and sabotage within the Labour party.

I always had a bad vibe around Joe Biden. When Bernie looked to be decimated in the primary, I felt that Biden would be assassinated before the convention or die from Coronavirus (note that he still might). That bad vibe feels like it’s going to be validated with how things are going to turn out in the end. I had a dream many months ago where Biden really seemed genuinely curious about how he could win the election. I had said to appeal to stupid people, which he has done with his choice of convention speakers. Even he had doubts about his candidacy in my dream, but defeating Bernie was the top priority of the powers that be. That kind of cheating is going to come back to haunt him and the Democrats when his rival cheats him out of a general election victory.

The single biggest mistake Biden made this election cycle was his vice presidential choice. I have never seen Kamala Harris in the white house at any point. I mentioned a while back that I had a dream where pink ooze would slime out of her, meaning her rot and corruption would be exposed. This indicates that it will be in relation to her time as district attorney, especially on the heels of more protests and riots against police murder and brutality. It’s why Amy Klobachur, who was the initial VP choice, dropped out of contention after the fallout over her shielding the officer who murdered George Floyd during a previous case of misconduct. A similar problem will happen to Harris when an officer she let off as a prosecutor murders someone during the campaign season.

In terms of not being able to read a room, Biden succeeds in spades. Biden should have gone with his initial instinct of choosing Susan Rice, if he couldn’t bring himself to pick Nina Turner. I believed for a while that she might be the VP nominee and could win the election against Trump if Biden were to die before the fall. Harris, on the other hand, would be accused of murder and sabotage if Biden dies and it would plunge her polling numbers in a matchup against Trump. Instead of going with his gut instinct, Biden went with a choice imposed on him by his former boss, Barack Obama. The choice of Harris as VP was an Obama decision. Like with his insistence on Tom Perez as the DNC chair, however, it will blow up in his face and destroy what’s left of his legacy.

Some might question how Trump could win reelection, despite seemingly insurmountable odds against him. Trump’s poll numbers aren’t strong now, but he will rally again in the fall. Bernie’s delegates revolting in public appearances over Biden policy announcements, coupled with more rioting over more police murder, will shift the race back into Trump’s column. Biden’s public appearances will continue to be disastrous and more sexual assault allegations will arise where they should have been coming out sooner, on top of poor debates where Biden struggles to compete against Trump. All of this leads to a November election that will be marred with voting problems and attempts at fraud and cheating.

Mail in voting is turned off in key swing states. Polling sites will be limited, packing people into crowds where the threat of infection, as Covid numbers rise again, are high. A second wave in key swing states deters people from voting in person, so many will just decide not vote at all, rather than go through the risk of dying to vote for a candidate they aren’t enthusiastic about. For those that do brace death to go to the polls, more voter suppression will come into play in the form of invalidating voter registrations, via evictions and other forms of racist repression. All of this helps Trump eke out another victory in the electoral college, this time picking up states he didn’t win last time, such as Nevada, Minnesota and even potentially Vermont. Though he may lose the popular vote again, the popular vote does not decide the victor. Where the election counts is where Trump gets a crucial edge. Though many will consider it illegal, much of the tactics he will are legal, if not unethical and corrupt. For the stuff that is illegal, he will get away with it, as he has up until this point.

I would like to point out that what makes this election season so detrimental is that Biden’s run for the presidency is the last chance for the intelligence community to remove Trump non violently. Another assassination attempt against Trump took place very recently, showing how desperate they are to remove him from office. When Trump wins again, they will have run out of all options to remove him peacefully and he will be even less restrained in his actions in office. Though I believed they’d be successful at killing him years ago, with Trump’s paranoia on high and a war with China brewing, I believe there’s a strong chance that Trump will only be removed when the uprising picks up steam domestically next year. From there, the real revolution begins and the US as we know it is toppled forever. No one is spared from the violence. Not Democrats nor Republicans.

I wish things could have turned out differently. I do not like the path we are on and I know the violence and devastation will be horrific and traumatic for millions of people worldwide. However, the intervention I said would need to take place to prevent this has not, and does not appear, to be occurring. So, counter any sort of divine intervention by forces beyond our comprehension, prepare for more dark times ahead. It’ll be a number of more years before things will get better again. When this is all over, though, we will see peace on Earth for the first time in ages. It’s sad how much blood will be shed to get there, but the circumstances are what they are.

19 thoughts on “The Remaining Campaign Season: Why Biden Blew It and Why Trump Will Win Re-Election”

Thank you for commenting on our website. If approved, it will be posted in a timely manner. Please note that all comment sections close one month after publication of the blog. :) Cancel reply