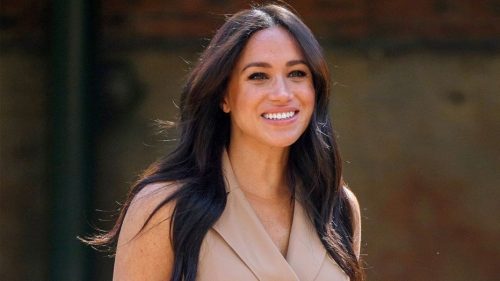 I really thought long and hard about writing this blog post. In times like ours where our attention should be turned to matters of more importance, this kept bugging me and I feel it is time to draw attention to it. I don’t like to start drama with other psychics as a general rule. However, I warned a certain gossipy psychic a few months ago that I would comment on this publicly if they didn’t stop going after Meghan Markle. The obsession on their site is borderline stalkerish. I get horrible vibes from what they are putting out into the universe. Now it’s gone too far and it’s time for me to speak up.

Let’s start by delving a bit into the psychic in question. Our gossipy psychic has a history of copying Blind Gossip blind items and making them into “predictions.” They also have a long track record of being extremely off the mark in their observations. For example, let’s talk about how they wondered why “Trump won” four years ago, despite confidently predicting a Hillary Clinton victory. It’s obvious why he won and only those not blinded by partisanship could see it. Hillary was corrupt. Wikileaks was a factor in her loss, as I mentioned on the site four years ago, but her corruption and deep unpopularity, coupled with her elevating Trump as her own campaign foil, did her in. Trump did get a boost from other sources, but at the end of the day, he didn’t win. Hillary lost.

For the last four years since, this gossipy psychic have ragged on Trump (admittedly, deservedly), despite being friends with some of his close allies. It is extremely damning for them to praise Piers Morgan, despite his previous vile behavior and his own friendship with Trump. I have met Piers Morgan once before. He was a vile, nasty, toxic individual and what has come out about him over the years proves it. How can you hate Trump, but then love the people who enable him to do the things that he does? A certain reflection of their own inner circle is in order, seeing as they don’t have the best read on the people they know personally. It blinds them from making honest assessments about “friends” in the industry.

None of this would have been uttered by myself on this website had it not been for their most frequent target of scorn: Former Duchess Meghan Markle. It may be true that she is a vapid, stupid celebrity, but the level of hatred she gets from this psychic and from others online is completely unwarranted. Frankly, it is extremely sickening. Much of it is fueled by racist, middle aged white women who need to get over themselves about their beloved Prince Harry marrying a biracial black woman. The amount of posts on her that this gossipy psychic and many others have published over the last several years is overkill. It gives off a vibe of mania and rage. It is time to leave Meghan alone and let her live her life. Despite how it may be good for website clicks to go on about her, it is not healthy for you or for the people in Meghan’s inner circle who don’t deserve the hate that they get.

I admit that I have written about this royal couple before, correctly predicting that their would be attempts at stripping of their titles. I intend to follow my own advice, one that I am sharing with others. I will add this to my predictions and then I don’t wish to say anymore about them. Will Harry stay married to her? Probably not, but it would only be because of pressure from the Queen and not of his own doing. He’s faced threats to his life before as the spare, rather than the heir. Now his life his forfeit, being sixth to the throne. Not wanting to play a role any longer, Harry willingly left the life of royal duties. The love on one end of the marriage is genuinely real, his to her. Harry saw Meghan as a way of escaping the family he grew to despise over the years. He’s not going to leave LA, or Meghan, willingly. He would have to be forced out against his will.

If the Queen drags him back to the UK by force, then good luck getting Archie to come along with him. The implosion of the US will see relations strained with the UK in the short term, meaning the royals will have no control over whether Archie comes back or not. It would be a horrible tragedy to break apart their marriage and family because of their feelings on Meghan’s conduct since separating from the royal family. It is one that can be prevented if people (and Buckingham Palace) just leave them alone and let them live their lives in peace.

Even though I worry for her safety, I do suspect that Meghan will be fine in the end, no matter what happens. She isn’t some villain doing evil in the world. She is no different than other stupid celebrities just trying to make a name for themselves in the entertainment industry. She may have married up to help boost her career, but she is going to find her own way financially and independent of the UK taxpayer. In the grand scheme of things, she does no real harm and should be allowed to do her own thing without the constant judgement of the press.

The people who are obsessively posting about her need to get a life before bad karma hits them where it hurts the most. The gossipy psychic fueling all of this needs to get a clue. As Elsa sang in the movie “Frozen,” it’s time to let it go. Meghan’s not worth hurting yourself for more clickbait on your blog. Just leave her alone. It’s the moral thing to do. You’d know this if you looked into your heart for the truth.