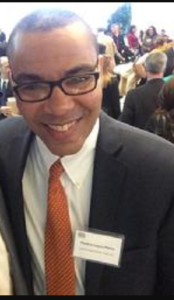 I’m going to get around to a dreams and predictions page for May later this week, but this is a priority I’ve been itching to get out. This seems like a hyper local post that may not apply broadly to most of the readership, but it has relations to one of my previous posts and repercussions nationally that need highlighting.

One of things that Trump’s presidency has brought out in the open is anti-semitism. From the rise of the alt-right to its corresponding rise in hate crimes, Trump’s election has opened up an evil that most thought was closed decades ago. What makes this so dangerous is that it has also shown that anti-semitism can be ignored, can be used to excuse bad behavior and dismiss criticism in the process of advancing a political narrative (ie. Steve Bannon, Wall Street corruption, Israel’s occupation of the Palestinian authorities, eg.). To try to make a tit for tat from rising anti-semitism on the right and to stave off criticism of evil policies in Israel, GOP operatives have begun to try to make false equivalences that don’t really exist on the left. They have done so by elevating one perennial candidate who will become problematic for all Jewish people if the noise isn’t piped down in the near future.

Despite being denounced by all the major Democrats in New York City (including the corrupt ones who time will come to see their just deserts in due time), the large portion of the Jewish establishment is looking to conflate Thomas Lopez Pierre’s rhetoric with an epidemic of anti-semitism on the left. Thomas Lopez Pierre is, frankly, incompetent, a liar, a sexual assaulter and a fraud who has no business being elected to any position to power and has never had even a chance of it prior to this recent surge in press coverage of his campaign. However, by taking issue with the “Greedy Jewish Landlords” portion of his campaign, rather than the bigotry in combination with all of his other problems, it comes across as an attempt by Jewish groups to brush off the real issue of gentrification and conflate legitimate sources of anger with hatred of all Jewish people. This continuous blurring of the lines between criticism and bigotry will only endanger the Jewish community in the long run and see bad things come about in its place.

If the slew of press stories doesn’t die down, it may lead to Lopez Pierre being elected by a bitter public of Latinos and African Americans in the district looking to send a message to the establishment that is throwing them out of their homes in record numbers. It won’t actually stop the trends of record homelessness fueled by greed, as Lopez Pierre’s record of supporting gentrification loving politicians shows, but voters send messages, even if it ends up hurting them in the process. The only way to stop Lopez Pierre’s unexpected and dangerous rise to elected office at this point is to throw him off the ballot. While this stops the problem in the near term, that will only prolong the inevitable by seeing him successfully suing the DNC of New York City and then allowing him to make another more high profile attempt at a run for the seat the next go around. The long term problem of accepting legitimate criticism and not labelling all critics anti-semites is going to have to be addressed by the Jewish community in order to see this kind of thing stopped in the long term. If these conversations don’t begin to happen amongst the community itself, it may take an outsider to change the status quo on this long unaddressed issue.

Pending any wise decision by the press to stop covering his campaign, a victory by Lopez Pierre might be one of the most shocking things to come out of this upcoming election season. It will have problematic consequences for the Jewish community across the United States and will come around the time that public opinion begins to turn on Israel as well. Sometimes, it is better to ignore a problem than create one for the sake of playing tit for tat with your political rivals. Just ask Donald Trump, President of the United States in part thanks to Hillary Clinton. It is also wise to know when an eternal victim complex can blind you from seeing when you are the oppressor and not the oppressed. It shouldn’t take a fluke like this loon to get that message across, but sometimes people learn things the hard way when the easy way doesn’t get through to them. I hope I’m wrong on this assessment and wiser heads prevail, but I have an eery feeling about this and it is worth addressing just in case.