I had a thought process repeated to me a number of times that I felt was necessary to share with you all. If civil war proper hasn’t already officially been underway (though some could argue that it has been brewing as we speak as many of what I predicted has already come to pass), then these would be the five “official” signals that tip off the signs that military and militia violence in imminent in the halls of government and in the streets. The elite have flirted with all of these before. If they were to go ahead with implementing any of the following five policies, then the revolutionary occupations and overthrows would begin at that time. 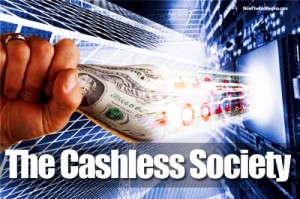 1) Implementation of cashless society policies: One of the ways for corrupt governments to control their people is to control their wealth and what they get to do with it. The first institutions of control have always been the banks. At times the savior of the lower and middle classes, lately they have become the oppressors that hold all the wealth and power and do with it as they see fit. When governments are flush with Wall Street cash, their policies serve the donors and the 1% and not the interests of the American people. Simply kowtowing to the banks on big taxpayer funded bailouts and loose regulations are not enough for institutions with an unquenchable thirst for power. In order to control society completely, they want to eliminate cash all together so that no one person is able to escape their control. This has to do with the biblical role of the “mark of the Beast” and how things like the Veri Chip will be used to control all commerce in the future. It’s why cash hoarding is such a threat to them and it’s why they are making access to it harder and harder as time goes on. It’s also why elite are fighting bitcoin and alternative currencies so harshly when they should be allowing the free market to dictate the winners and losers. Having all the money in the world means nothing if you can’t cash it in for power in what Americans are allowed and not allowed to do with regards to control of the money that they make.

The powers that be flirt with these ideas in the press, but much resistance is met when they do so. They know they can’t implement this now as too much resistance would see the flare up in revolution follow immediately afterward. However, they will keep badgering this agenda over and over again as it is a crucial element in implementing their one world governmental order. They’ll fail in our lifetime, but future generations will want to watch for such ideas implemented again in the future. It’s a critical component that eventually leads to the mark of the beast and the reign of the antichrist that follows soon after.

2) Institution of martial law nationwide: This seems like one that can’t be a trigger as it already has happened numerous times in the nation’s history and has happened a number of times in the last few years. Despite this being true, it’s only been implemented regionally and has not become something that has befallen the entirety of the country for an extended period of time. All that these temporary issuances of martial law are are tests to see how the public would cooperate with it on a more permanent basis. They’ve seen success in the cities, but seen much more aggressive resistance in the heartland of the United States of America. For this reason, President Obama’s decision to declare martial law for any reason would be the ultimate dog whistle that sets us on a course of the militias overtaken the halls of government in Washington DC for their treacherous status and betrayals to the American people. The breeding ground for a much more severe declaration of martial law later on has already been laid, but the ultimate declaration would never succeed in our lifetime. It would serve a trigger of an imminent overthrow of the government and one that should be watched out for for future generations to come.

3) Implementation of gun confiscation: No matter what the media or the government tells you, the intentions of “addressing gun violence” have nothing to do with addressing the violence or caring one bit about the victims involved in these tragedies. No matter how much the government tries to stage false flag shootings or cash in on the grieving from other shootings to declare national gun control, the opposite of what they want always comes about. This is because they are disingenuous attempts to use emotion to disarm a dissatisfied population and leave them even more vulnerable to attacks on their liberties and rights. They also want to stem any attempt at a government overthrow and disarming the people is a great way to do that. The problem is much of the nation is wise to this and the exact opposite effect of the what the government tries to do comes about in their attempts to manipulate the masses into their way out thinking. If the Sandy Hook shootings didn’t see the majority of Americans lay down their guns, then nothing ever will in our lifetime. 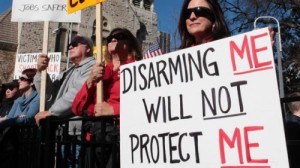 Too many are distrustful of the government’s intentions and for very good reason. The elite have tested these ideas of gun confiscation on a smaller scale so far; largely in minority communities and look at the results of that. A larger trial that spans many more states (especially if its in defiance of a court order against it) would see the sparks of a revolutionary overthrow bloom in the aftermath of this action. No matter how much the powers that be try to amend the constitution of its protection of the right to bear arms, the truth is the elite will fail to implement these gun control orders and it’s a large reason why the new world order agenda fails to be fulfilled in our lifetime. No matter what other countries think, they will wish they had these rights as many nations with these bans suffer from their fool hardy decisions to leave their fate to corrupt institutions that further enslave them for a generation or more. If Greece isn’t the literal definition of the opposite of the United States, then I don’t know what is. They’ll regret it in due time while Americans will say “I told you so” and come out with more liberty and freedom than ever before. 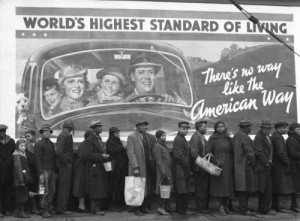 4) Full scale economic collapse: Despite staggering underemployment, proof of the Federal Government cooking the economic numbers, scraping by crises’ and instability throughout the world, full scale economic collapse has not occurred yet. Despite the fact that the economy hasn’t matched up with stock market since at least August of 2012, the illusion of recovery has captured the imagination of the ruling class and kept them living in a bubble that has no basis in reality. The markets are artificially inflated now and it’s hard for me to predict when the truth gets inserted into a group that has their paycheck reliant upon the sustaining of lies. When reality hits the markets and they panic over what should have been obvious to anyone not working on Wall Street, an implosion not seen since the stock market collapse of 1929 follows suit. It will ruin President Obama’s legacy and give his detractors all the more power to defy him and ultimately shred his accomplishments into pieces. When the realization occurs by the masses that they’ve been duped all of this time into thinking something that wasn’t true all along, the immediate civil war would soon be on the horizon. If you think the economy is bad now, just wait until you see what happens at this time next month. It’s going to shock the world and lead a revolution in the United States that hasn’t been seen in over 200 years.

5) Institution of a military draft for the war in Syria: Economies are sustained through two different means; gross domestic product and military occupations. As the United States hasn’t had a real economy in many decades (thanks to trade deals that ship those jobs to third world slave nations), much of the United States’ economy is reliant upon its immense military power and the presence it has in many regions throughout the world. By causing crisis after crisis in countries that have rulers they disagree with and installing new leadership that is approved by the CIA, the United States has occupied the role of the corrupt empire for more than a few decades now and the karma is coming back to bite Henry Kissinger and others in the very near future. The wars in Syria and Iran were always triggers for civil war domestically because the more instability they create abroad, the more instability is created at home. It explains why Paris was attacked after President Francois Hollande bombed innocent civilians in Syria and why more terror can be expected for the whole of France as they take more innocent lives in Syria and other parts of the Middle East. Both the US and France have been the instigators before; mostly recently in Vietnam where they pummeled the country of its communist influence. What was noticed in reflections of that time in history was when the terror was reigned down upon the Vietnamese people, the threat of overthrow in their home by their own people grew rapidly by the day. The baby boomer generation almost succeeded from 1964 to 1971 in attempting to finish off the elite’s influence on our world, but they failed to do so and now a new generation has an opportunity to do what their grandparents and parents never did and failed to finish off.

If these wars in the Middle East spiral out of control (as they likely will), then a draft would follow suit to cover the military’s behind and this generation of video game and internet addicted kids would soon find themselves on the wrong side of the law as they are forced to serve a government that has not served them in any capacity at all whatsoever. When that happens, a largely distracted mass of young people would initiate the revolution that their parents threatened a generation before and it would have more mass legitimacy than previous efforts ever did. The toppling of their civilian governments immediately follows suit and the order of the Illuminati would be cut off in our lifetime. I see this more for the United States than for France, but both nations have this risk of revolution in the very near future. If the elite can’t keep this potential revolutionary underclass under control, then the elite’s own thirst for control may soon doom them to a failed new world order agenda and the masses that takes back control of their lives by overthrowing the governments that gave it all away at the offering of their greedy and selfish parents.

Watch for all five of these signs as they are critically important in deciding what happens next. Hope this information was helpful. 🙂