Liam and I have been posting for years about a Second Civil War we see on the horizon.  We have been trying to warn people to prepare, encourage Oath Keepers and Whistle blowers to come forth, encourage peace and expose NWO lies.  I dreamed many times about the important role of Texas in ensuring that the NWO/Eugenicist/Agenda 21 plans are exposed, the evil people are brought to justice and the liberties/human rights of Americans remain protected.  We see all of these predictions unfolding in the news daily.

I want to address Jade Helm.  I feel that the reaction of the mainstream media attacking the ‘conspiracies’ that this is practicing to take on the American people exposes the fact that this military exercise relates to a NWO take over of America.  Officials in Texas are reacting appropriately, representing the concerns of the citizens.  The media continues to belittle Texans as if we are a pack of horse riding hick idiots because, God forbid, we DARE to QUESTION THE GOVERNMENT.  I posted some tweets and within 5 seconds of posting my opinions I had 30 then 60 mean horrible people calling me a paranoid idiot that should be rounded up into a camp and eliminated for my patriotic views.  This response on twitter indicates government psyops amid our midst, working very hard to control the narrative in a campaign to push fw the NWO agenda.  Further, I have noticed the presence of infiltrators all over, sent by the government to misrepresent the liberty movement and portray us as violent, incoherent, racist idiots.

So this is on record, when some terrorist psyop sent by the government does their false flag we will all know that it isn’t the veterans, the liberty movement, the troops, the Oath Keepers….its the FEDERAL GOVERNMENT.    No matter what the media says, they are planting their employees to instigate violence so they can come after the guns and persecute the groups which stand for the good, freedom, health, happiness, values and love.  The federal government is hijacked by NWO eugenicists who are obviously going active with so many plans.

It is possible that during an exercise, such as Jade Helm, they will send their government psyop creep to start violence against the troops thus trying to cause a civil war.  They are itching for any reason to persecute these aforementioned groups and will create false flags.  I am raising a flag regarding the hype over Jade Helm.  It is clearly part of some sort of over arching plan.  I’m not saying that it is an outright attack on the Americans but they are practicing an ill intended sick takeover of gun owners and patriots and have assigned Texas among other groups as Hostile.  They know who will resist their gun confiscations, their camps, their martial law and their tyranny.  They know who values the Constitution, human rights, freedom and truth.

There are psyops after every sort of truther, even this blog.    For the record our blog doesn’t instigate violence in any way.  We exist to try to stop the violence we see and dream which terrifies us.  We stand for information and love.

There is a psyop sent from the government which I dreamed about last night.  I woke up at 3:30AM after a nightmare that this man was after me and some people associated with our blog.  When you read this you know exactly who you are.  I’ve had messages of concern from many people associated with this blog, unknowing that others are messaging me about the same concern.  Interestingly as I’m tying this bits of it keep getting deleted.

Please pray for our country at this troubled time.  Pray for peace and for an awakening which prompts people to reject anything unhealthy for our minds or bodies or freedom.  We need a peaceful revolution through art, music, ideas and it is time to get excited about individuality and goodness.  I’m seeing my art predictions coming true and many artists working on political work that is Anti-NWO.  Pray for justice.  Justice is lacking in our society right now and there are many people with innocent blood on their hands.  Pray that they are exposed and brought to justice.  Pray that persecution of innocents is brought to an end.  Pray for humanity, for life. 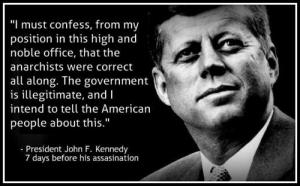 Remember a while back I wrote about government psy ops being used for false flag assassinations and terrorist attacks in order to curtail civil liberties and violate human rights around the globe? Well, our writing has gotten the attention of the FBI once more (they were on us when we wrote about Skull + Bones on the original Know the Next website a year ago) because we have been having to deal with our own government infiltrator in the last few days. I’m posting this blog publicly to let the Deep State government know that we are onto you and we know what you are trying to do in order to sabotage our efforts to expose wrongdoing in government. We aren’t joking when we say we’re psychics. It’s not just our prescience into world affairs that validates our writings, it’s also our deep eye chakra’s knowledge of government plans to hurt political dissentients of the plans to further expand tyranny around the globe. We know we are your targets and we would like to let you know that we aren’t afraid of you. We have documented proof of your attempts to infiltrate our website that we will post publicly if you continue to harass us and do not back off in your efforts to do so. Revolution is coming around the world one way or another. Silencing us isn’t going to stop the inevitable from becoming your collective fate in the near future. 😉 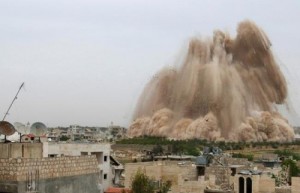 A number of months ago, I wrote a prediction about a nuclear attack on a weapons facility before the civil war was to begin. I said this was to occur in March, but it didn’t. However, this front page headline suggests that the predicted bombing may occur a little less than two months after I said it would. I’ve been off on my prediction dating in the past, but I’m rarely off on the hunches I’ve received being valid and the predictions I make coming to fruition. If this national red alert suggests anything, it’s that this attack may happen in any moment or day now. Keep an eye out for it just in case it’s a staged false flag attack used to distract the masses or a legitimate attack by UN or Russian forces in power striking against American imperialism around the globe. We’re not out of the woods just yet. This is one (of many) things that make people thinking that the unrest is over rethink their initial signs of assurance. Their assessments on the ground are wrong and they’ll wake up to that realization when things turn deadly wrong for them. One thing I will say is that we’re in for a long summer, that’s entirely for sure.

ETA 5/10/15: I had previously written of not just a military base bombing, but also of an attack on a nuclear power plant. News of vulnerability at New York’s Indian Point today should set off some alarms. Very dangerous news, especially if ISIL or ISIS manages to get their armies firmly into the facilities. That would cause the nuclear attack on New York I have previously written about in prior blog posts. It still could happen as an attack by Russia or China, but this is a distinct possibility to watch for as well. Stay alert everyone. I’ll have a bigger post on things to keep an eye out for generally soon.

I know I have a longer post that I need to write, but this short blurb will take priority for now. The recent UK election saw Prime Minister David Cameron win reelection against his challenger Ed Miliband. This came as a surprise considering Cameron’s dwindling popularity. Well, I hate to break it to any of his supporters, but it’s only the result of one thing; cheating. David Cameron is a cheater. C-H-E-A-T-E-R. Like with the rigged Scotland Independence referendum in favor of the monarchy and the English government, this election was also rigged in Cameron’s favor. In the next day or so (possibly a bit later on), allegations will come in more definitive terms of forging ballots and stripping voter roles of rival party voters by UKIP leader Nigel Farage. Seeking to get revenge for weakening his party’s influence, his accusations bear merit even with the initially skeptical British tabloid press. This will set off a fresh round of riots in the nation and, if Scotland Yard doesn’t act quickly, will escalate into the predictions for the UK that I’ve written about before. It’s a shame that Cameron needed to say things like this aloud. He and John Boehner will wish they hadn’t when shit hits the fan for them soon.

So there were a number of close calls that were averted this week. Freddie Gray’s murderers were prosecuted, Greece has agreed to make payment on his financial obligations, the stock market didn’t crash and unrest has seemingly calmed down. My main message to you all is simple….don’t breathe a sigh of relief just yet. There’s still danger ahead on many of the things I’ve written about before and there are upcoming new dangers that I haven’t discussed just yet. I’ll write about those in the next few days or so. Keep an eye out for it. It’s important information.