Here are a few random 2015 predictions that I’ll share for now.

1) The financial industry is going to be in for a rough year. Financial turmoil and economic collapse is fully blamed on them. Retribution comes in the form of criminal prosecution of several major financial CEO’s and executives in successive fashion. Those that try to flee from facing their crimes in court (and there will be many) will pay the ultimate price of their lives. Some will be hung to death in Europe, some will die in civil war in Bermuda in the late 2020’s and others will face random stalker deaths or staged accidents that later turn out to be murder. From there, most of the banks will splinter off and the age of the “too big to fail” bank’s demise is soon upon us. The consequences will be felt for a long time to come.

2) The airline industry’s recent mergers will lead to less flights, higher fuel prices and more problems in terms of performance. Fights will break out at a number of airports that see some fatalities occur. Such negative publicity will chip into stock prices and cause a further implosion of the industry as a whole. Such an environment brings about the flying car for mass commercial use in 2018. 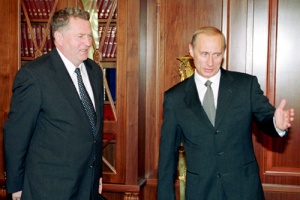 3) Vladimir Putin is approaching his death. I thought he would have been assassinated by now, but with the recent financial turmoil in Russia, his aggressiveness and carelessness will see his assassination come very soon. From there, Vladimir Zhirinovsky takes the helm of power and turns out to be more of a conquerer than Putin was ever capable of being to the world’s ire. During this time of turmoil, civil unrest occurs, but there will be no uprising the way it will occur in many Western nations. Not a good time for Russia at all in spite of this ability to sustain preservation of their nation as a whole.

4) Madonna’s darkest self will emerge in 2015. We will see her for who she really is and it will not be a pretty sight to behold. A mass ritual sacrifice will occur at an award ceremony that some will feel is staged or fake. However, it is not and the outrage around this performance leads to her untimely assassination in 2015 (probably), but certainly by 2016 at the latest.

There will be more predictions soon. Get ready for them in the next few days. 🙂